Meet the people behind Solergy

To steer the project in the right direction, a powerful team was composed. Four youngsters were trained to be technicians and in the villages, managers were chosen to run the solar kiosks. We introduce them here. The project has come so far today thanks to the commitment of three Belgian people. We will also examine their important work. 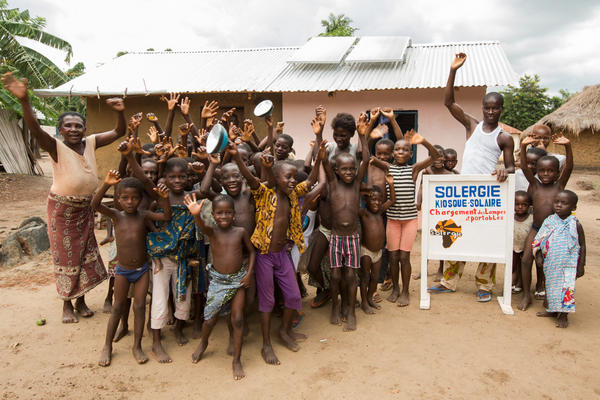 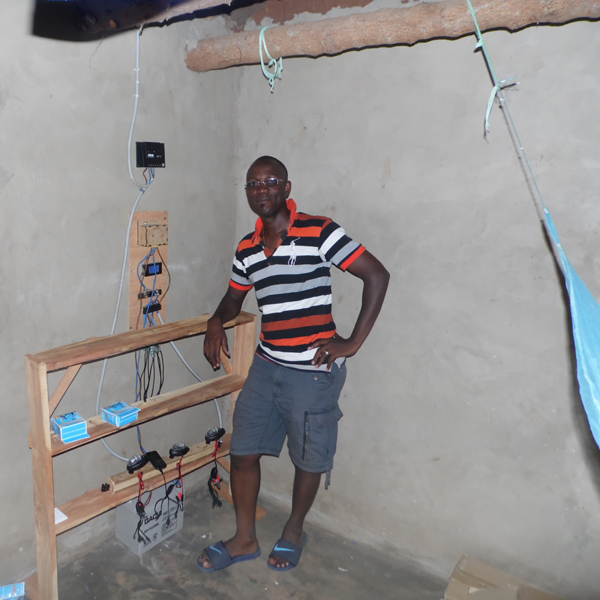 "My main motivation is that I am convinced of the project's objectives and that my experience and training come in handy. I want to help develop my country and this project is right up my alley."

"I love to work for Solergy because they labour for the well-being of the villagers. I want to help communities." 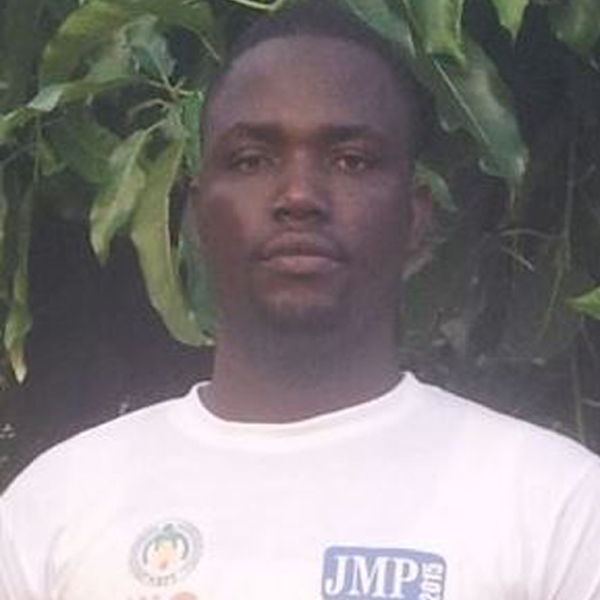 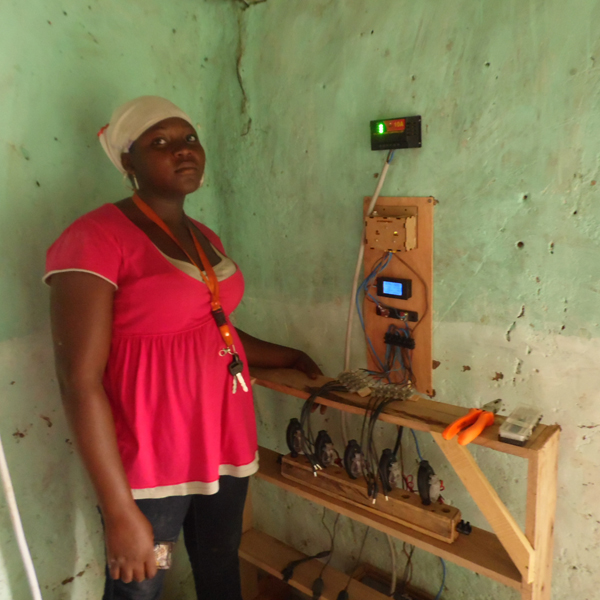 "I have learned a lot at Solergy. I can install a kiosk and make lamps all by myself. I am proud to be able to help the local population."

"I have a job thanks to Solergy. I am motivated to help work on renewable energy." 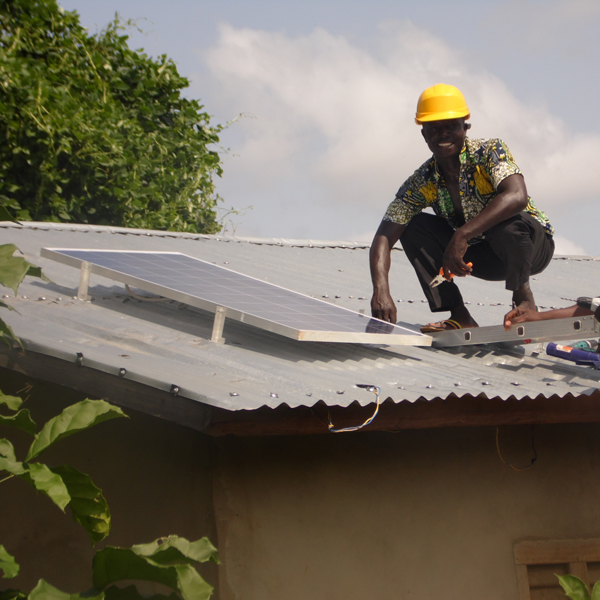 "I am glad to be a manager and to help my village get electricity. I can prove that, as a woman, I can also contribute." 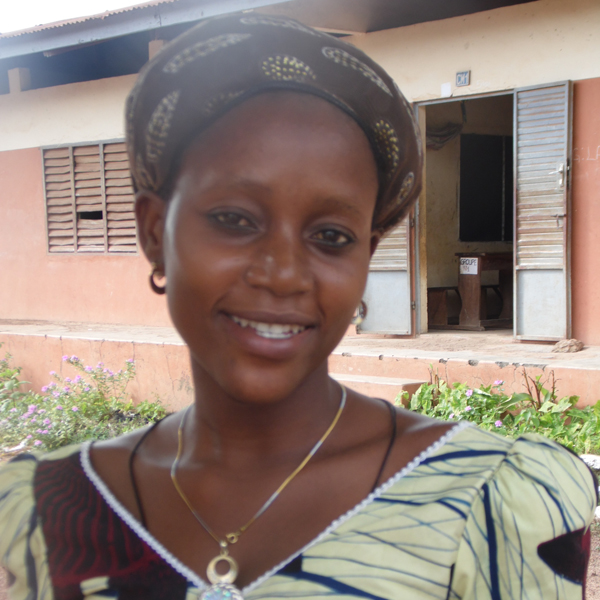 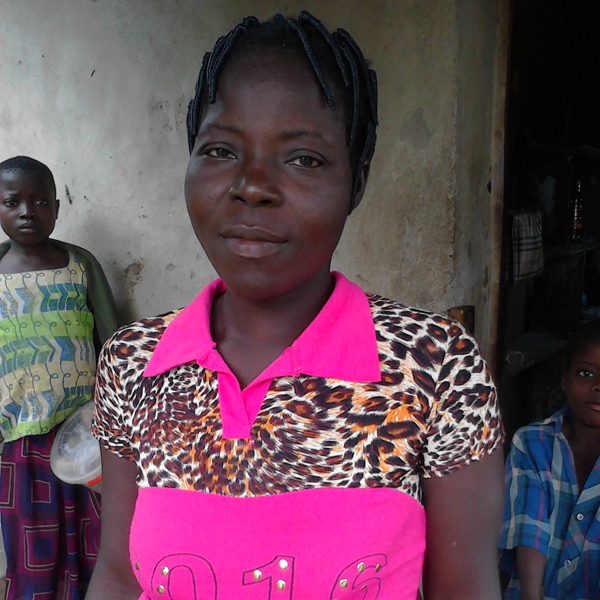 "I am a manager because the project helps our village. Thanks to Solergy, we have light."

"I am a manager because I want to help the villagers. I feel useful when I charge lamps and mobile phones." 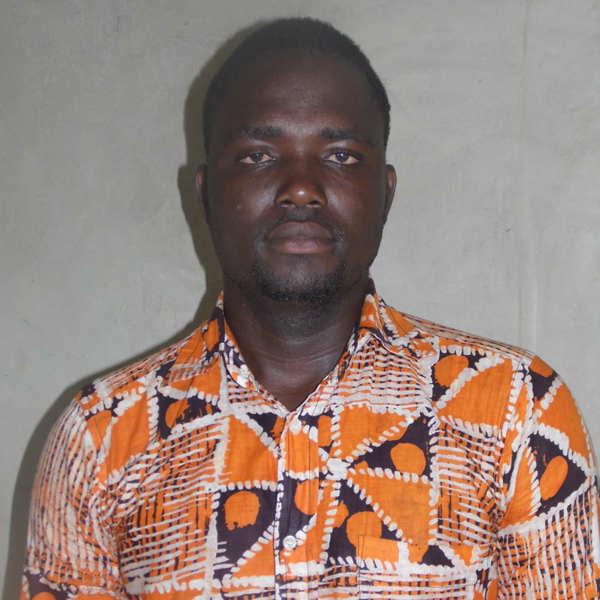 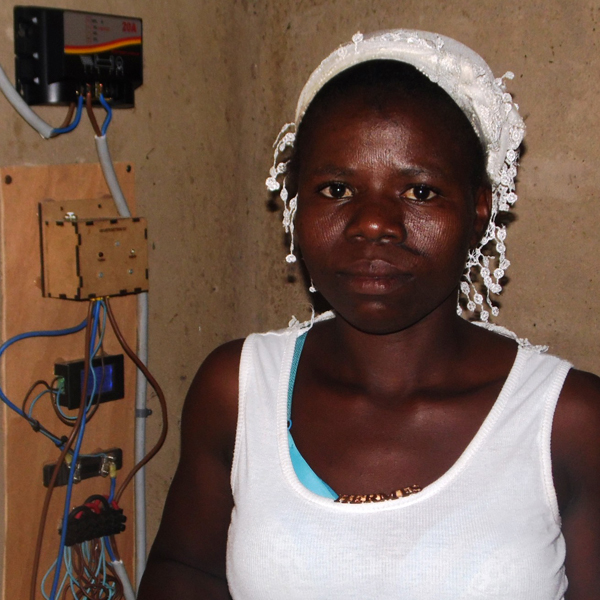 "I love my job because it allows me to start up my own business. People are happy because they can charge their mobile phones and lamps with me. And that makes me happy."

"I love to work for Solergy and I am happy to charge the lamps and mobile phones of the villagers." 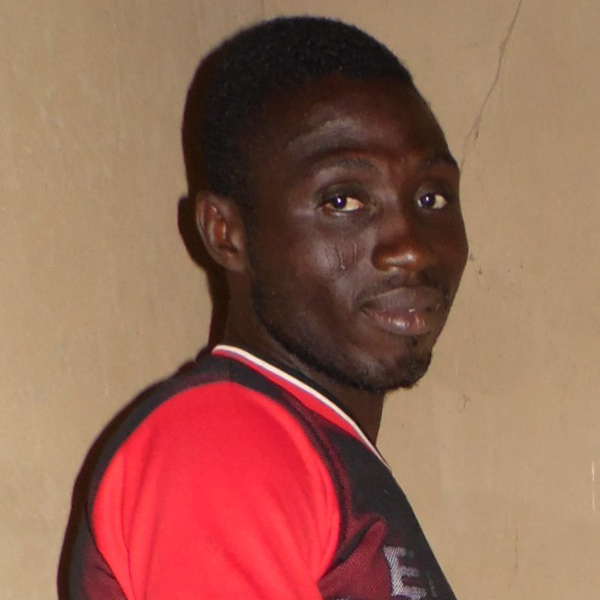 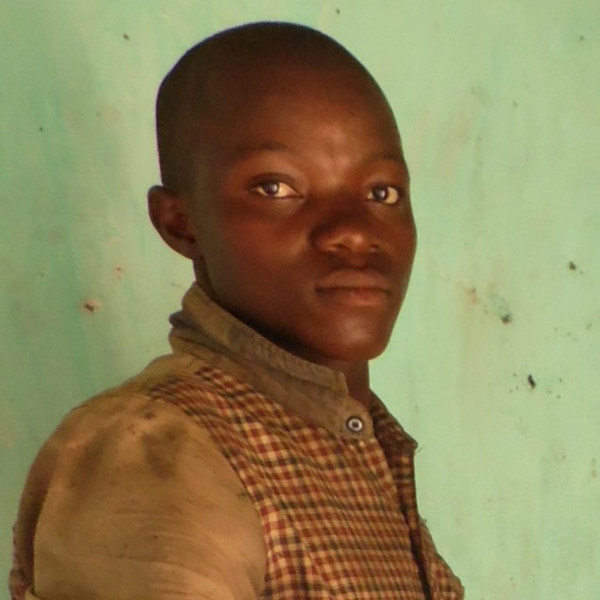 "What I like about my job is that I help the population. And people are always glad to see me."

"I am not highly-educated, but thanks to this job I can do important work for my village." 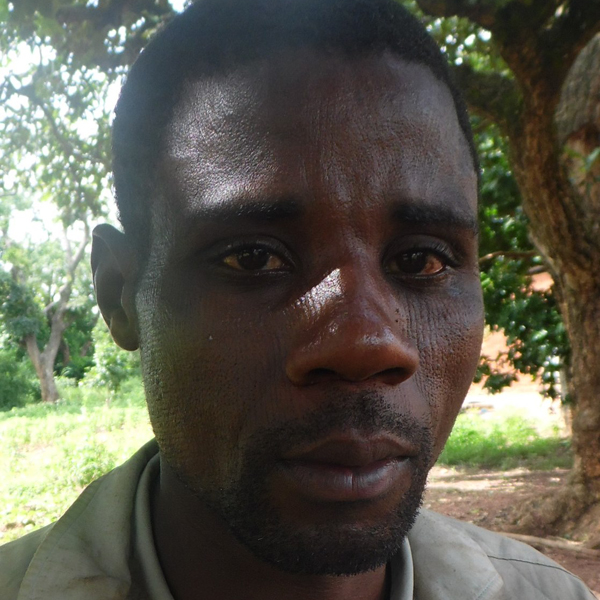 No Solergy in Benin without Serge. He travelled to Benin for the first time in 2014 to set up the project. He went looking for a project partner and started a cooperation with the NGO Eco-Benon. Serge also recruited the first co-workers: Louis and Jules. Louis worked as head of the General Affairs Service of Savalou. He was going to take care of support in the villages. Jules had experience in ecological projects and became responsible of Solergy. Both men were also trained in the Solergy department of Togo.

The next step was the selection of villages where the installations would yield. Serge first chose villages where the authorities would not provide electricity. Afterwards, he visited these villages to determine whether there was enough support to install a solar kiosk. Once the selection was made, a team came from Togo to install the solar kiosks. He monitored the project for a couple of weeks and then left it into the hands of Jules and Louis. 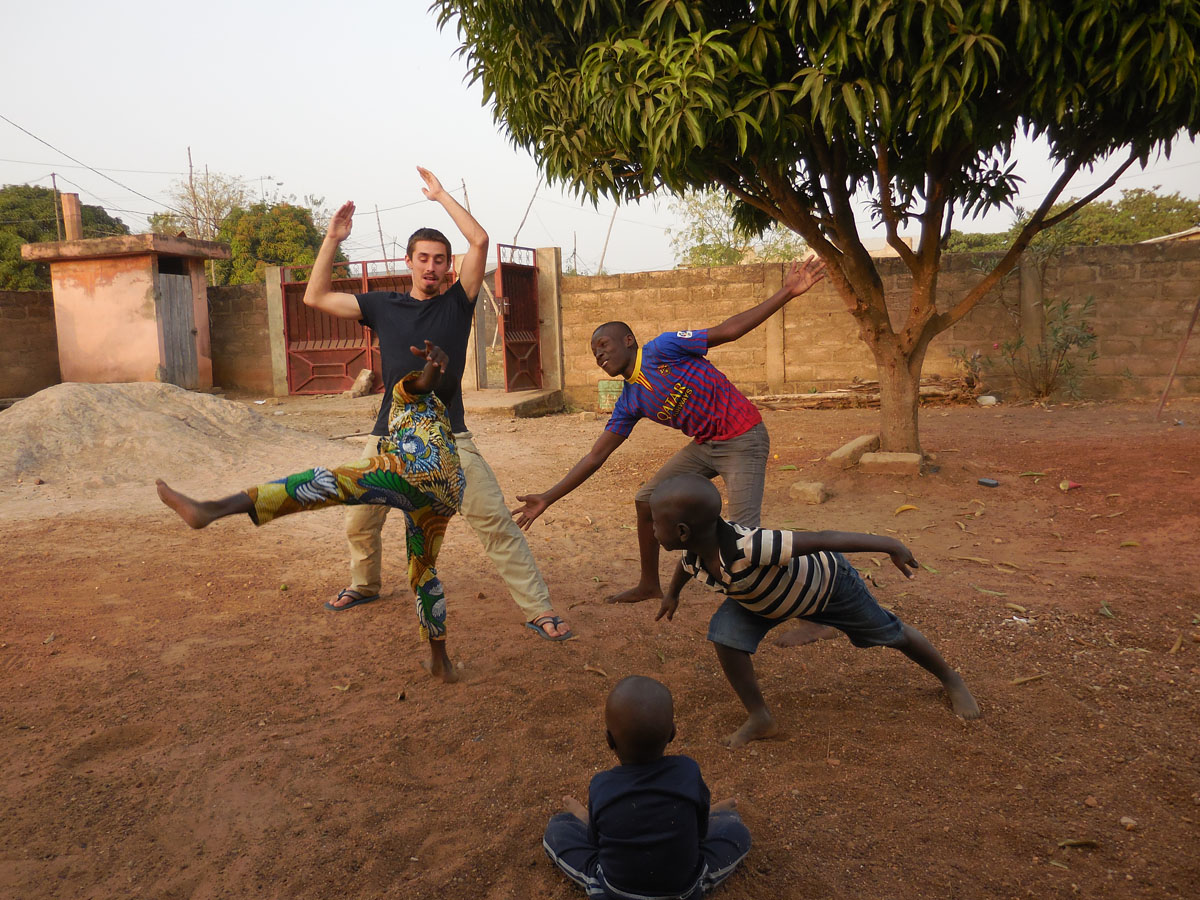 Between October 2015 and April 206, Ian stayed at Benin for his apprenticeship with regard to the bachelor after bachelor in International North-South Cooperation at the University college UC Louvain-Limburg. In Natitingou, he established a new solar lamp production unit.

"All kinds of things enter into such a project", says Ian. "Choosing a suitable building, recruiting co-workers, prospecting the surrounding villages. We started the actual production in March. I have trained the four co-workers and together we made about 300 Rinoo lamps and everything we needed to install four solar kiosks. I left feeling confident."

Read the whole interview with Ian in this story.

This year again, a UCLL student contributes to the Solergy project. Today, Tessa is staying at Natitingou where she will make a financial analysis of the solar kiosks. She will also be in charge of training additional kiosk managers.

Since May 2017, Tessa is back on Belgian soil. Read the elaborate report of her stay in Benin here. 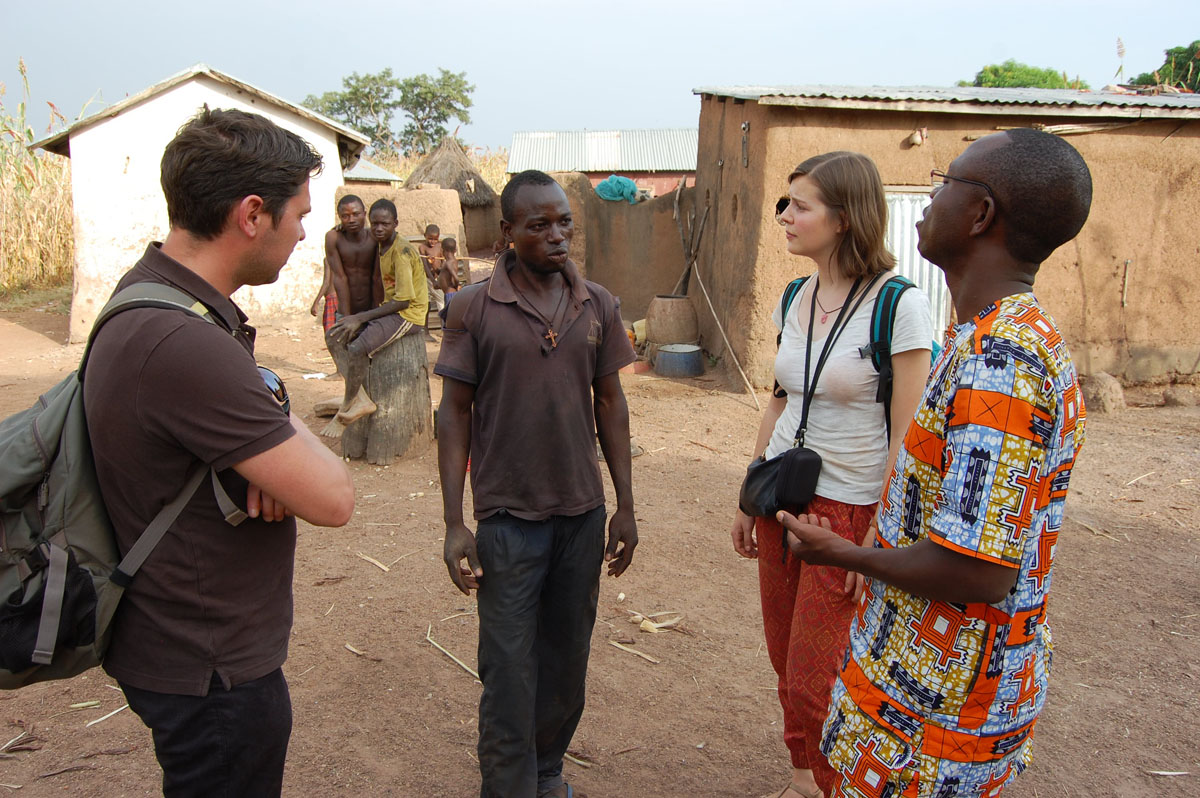